How important education is??

Education is the most powerful weapon in the world

Once upon a time there was a small family. A girl whose name was Riya. She had her mom and dad, two brothers (Rohan, Sohan) and a small sister (Rita) and she (Riya) don’t want to study. Now she grown up, she is 18 years. One day her father went somewhere and her siblings went to school and she and her mother was alone and suddenly her mom slipped from the stairs and she got injured badly and quickly she called the doctor and doctor said to give her rest and give her medicine time to time but as the time went it was dusk time and by mistake she gave wrong medicine to her mom and then she started feeling more sick and then she called her father and doctor and doctor asked which medicine did you gave her? You gave her wrong medicine and then from that time she felt that if I was literate then nothing would happen but I am uneducated so from that day she start studying 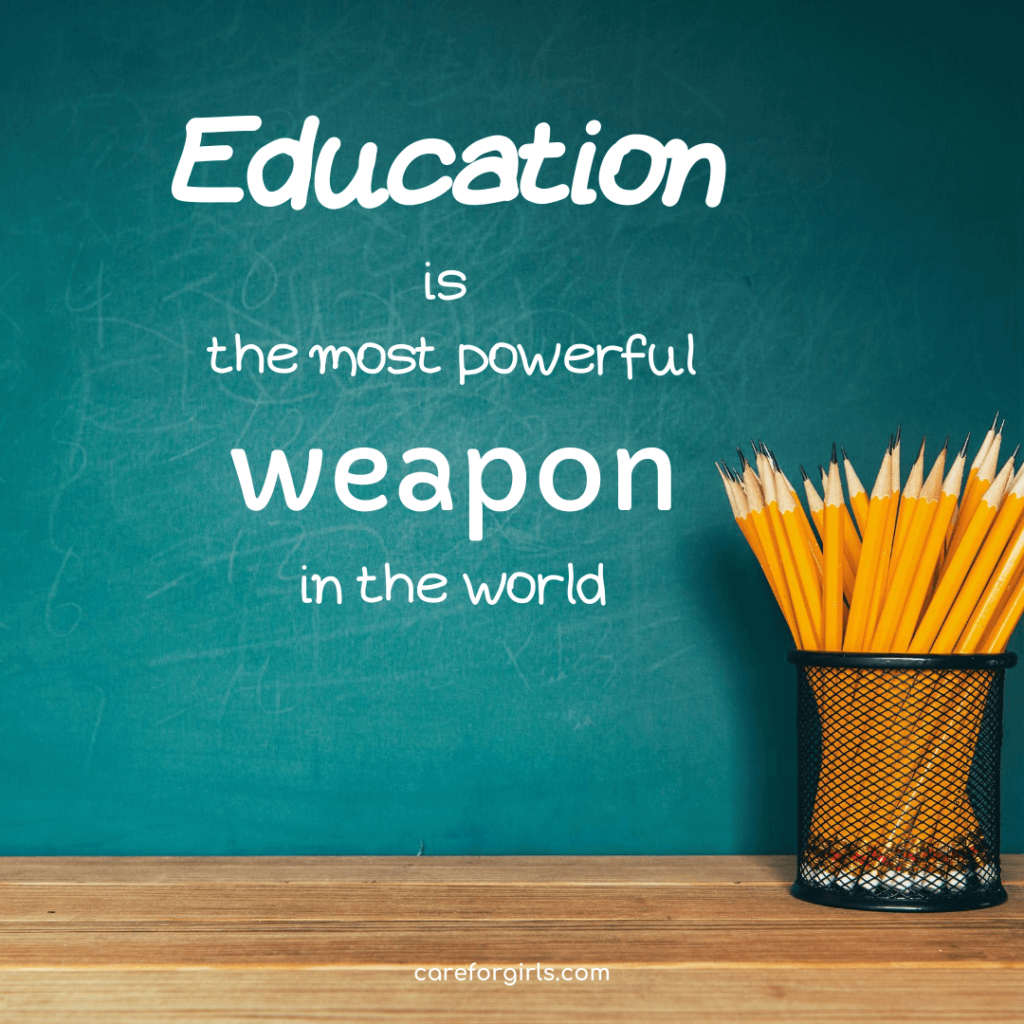